What causes siblings to argue

There’s a whole mixture of things happening here, and part of it depends on the age of your children.

First of all it may be that one or more of your children may be at the social stage where play is initiated through some kind of physical contact.  We see this with toddlers who crawl over, push or thump another child and steal the toy, or we see it before the age of ten, where again it can be displayed as rough play or otherwise (particularly for girls) stroking, playing with hair etc.  And then we see it again during the teenage years where things can be get a bit physical as they push each other away, barge past each other and at times appear to go through the same stages as 2 year olds.

There may be a bit of battling for attention going on with siblings too.  They may not be aware of it, but underlying it might be that their brain is trying to be top dog.

With teens they’re very likely to be going through that stage of desperately needing you, but at the same time trying to push you and the family away.  Because of the changes in their brain they often become self-centred again, so it’s important to understand that they are trying to pull you in and push you away at the same time.

Finally, amongst many other things, there might be a learnt pattern has emerged.  It is very easy as adults say “that’s how my brother is, then he’ll do this and then he’ll say this…” because we’ve learnt the pattern of behaviour.  But with children that is still being formed, and we’ve all seen families where the pattern of behaviour between two siblings is toxic and they don’t speak for years for example.

What you can do about sibling arguments

Baby/toddler:
Teach them to say sorry when they snatch and to ask.
Show the sibling how to do it too!
Use toys to practice playing sharing games and taking turns.
Join in with games with your toddler to help them learn how to share and take turns.
Child:
Ask your children what they’d like to play with you and join in their game.
Show them (we often tell children, but don’t show them) how to play with each other.
Keep the expectation firmly there that we say sorry.
Allocate time to play each of your child’s games with them.
Use games with clear rules (that can’t be changed) and avoid ‘family house’ rules in a game whilst you’re going through this stage.
Use family mealtimes to talk to the siblings about what they’ve been doing together.
Limit the free play they have together, instead give them something to work towards collaboratively.
Teenager:
If a younger sibling’s always annoying them, then plan a set time that they play together.
Be open with your teen about how you cope with meeting the needs of a younger child, let them learn from you.
Spend time playing with the younger sibling to help them understand what the teen needs at the moment.
Keep an expectation of family mealtimes and lead the conversation between them.
Spend time joining in with what your teen likes doing too (and yes it might be technology based), so that they have that special time. 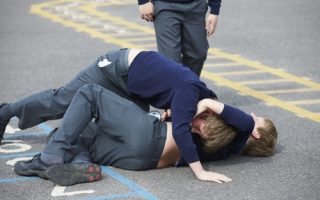 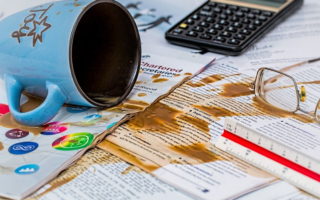