A lot of us probably use Facebook, but how much do you really know about how safe it is?

Facebook is a social networking service launched in 2004.  It was originally designed to help students at Harvard College communicate with each other and its development and worldwide success has been the subject of a feature film The Social Network.

People over the age of 13 are able to sign up for free to connect with ‘Friends’, publish updates about what they are doing, share photos or videos, join groups of people with shared interests or even ‘Follow’ updates from companies or celebrities.  Users complete a profile giving details of themselves, their interests and hobbies, the profile also shows their published posts (called a status), photos and videos depending on the security settings for each.  There are a number of apps that can be added to each users Facebook, such as games, many of which are free, but encourage users to invite ‘Friends’ to use them or purchase upgrades.

Facebook centres around a timeline, where posts, photos and videos from ‘Friends’ and also ‘Liked’ interests, groups or pages appear.  There are often so many that they don’t all appear so these often change within seconds.  Users are able to ‘Like’ (indicate you like or agree with a post), comment or even share posts to their profile timeline for their Friends to see.  Advertisements appear in your timeline and on the side of the timeline when viewed on a computer.

Facebook’s ability to connect with other people across the world gives a fantastic opportunity for our children, however it can also lead to an incredible amount of social and relationship problems that they may not have the skills to cope with.

Just like with many other forms of social media, posts, photos and videos can be shared very easily.  Even with privacy settings it is still easy to take a screen shot of an image for example and send it to others.  Many users have been caught out with photos or posts that they didn’t realise were public rather than restricted to their Friends or a segment of their list.  Public posts, images and videos can be viewed by anyone, even those who don’t have a Facebook account, such as potential future employers for example.

Although against Facebook rules, it is possible to set up accounts in false names or with fake profiles.  For example they could set up an account in the name of a real person and impersonate them.  Hackers with fake profiles can, by becoming your friend, get many of your personal details, such as pets, parents’ names, date of birth, email address.  This gives them information to be able to answer security questions for example.  Some people setting up fake profiles get very complex and have entire networks of made up friends too, there may even be a complex story to go along with them.

Facebook may be used as a way of approaching people who you don’t know without adding them as Friend by requesting permission to message them.  Facebook’s chat facility (which is also available as its own Instant Messaging app for phones) allows Friends to message each other privately.  If a non-friend wants to message you it send you a request to talk, which you can accept or delete.  As with many of the instant messaging apps, children need to be aware of the dangers of talking to strangers online and the risk of grooming.

By far the biggest issue with social media is the impact it can have on friendships, social lives and relationships.  Bullies and trolls will often respond to posts, often not caring about the impact of their comments. It is common for people to use social media to be very vocal about taking a different stance and also use posts as an opportunity to insult or try to injure someone’s feelings.  Facebook can cause a whole number of social and relationship problems through comments, sharing of posts and online chat. 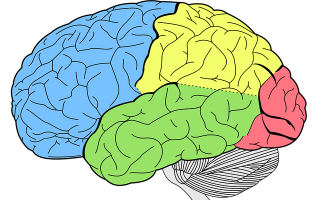 The development of the brain

Do you know about the Letter X Game?